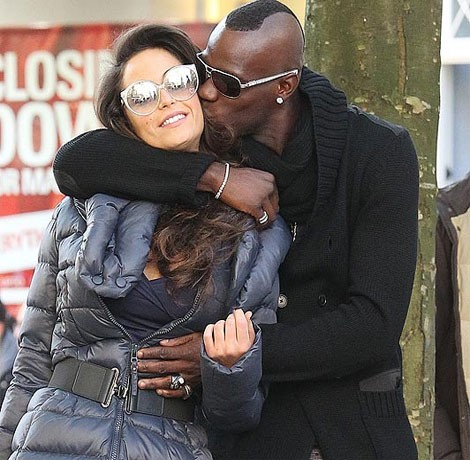 The classy model Raffaella Fico announced last month that she is pregnant and claims the Manchester City striker is the father. Mario and Raffaella dated on and off for two years before finally splitting in April this year.

According to taletela, while Mario said he would stand by Raffaella and the baby, he has first demanded a DNA test to confirm the paternity. However, Raffaela’s family have reportedly told her to ignore his request.

“She was delighted to find out she was pregnant. She is from the south of Italy from a very traditional family and she can’t wait to be a mother,” a source told the Daily Star.

“She has been left very disappointed and stressed out by Mario’s statement asking her for a DNA test. The baby is his and the suggestion it is possibly from a relationship she had with someone else has not gone down well with her mother or brother.”

Apparently, Raffaela will take the DNA test but she wants to wait until the birth as she doesn’t want to harm the baby.