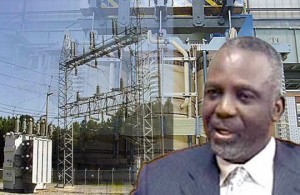 Amidst the suspicions and controversies surrounding the resignation of the power minister of the country, Professor Barth Nnaji, President Goodluck Jonathan has exonerated the Prof. of any misdeeds.

The president had been at a town hall meeting organized as part of activities marking his one-day state visit to Anambra State on Thursday. He said the former minister did not commit any offence, however he needed to step aside to allow credibility and level playing ground for the privatisation programme.

According to the president, “He did not commit any offence. He is very competent. But we are doing privatisation. To make sure there is credibility, somebody must step aside… Some persons told me that some companies have already been shared and I said no. In previous privatisation, some errors were made and the country is suffering for it… We have demonstrated that at the political level, we need to replicate it in the industrial sector; he has to step aside… We will get a competent person to replace him.”

This corroborates the story of the out gone minister who maintained that he has done nothing wrong, and that he will rather leave Nigerians and History to judge him.

Sokoto Killings: The Clock Of Your Ultimate Destruction Is Ticking, Buhari Tells Bandits