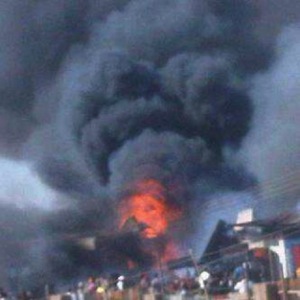 Information flowing down from TheWill has it that an IED exploded around the Ahmadu Bello Way/Lugard/Alkali axis in Kaduna, Kaduna State.  It was also said that according to eyewitnesses, at least 3 dead bodies were seen at the scene of the blast.

One eyewitness said that the IED, which was being transported by men believed to be members of the Boko Haram, detonated in transit, killing them instantly.

It was also gathered from the source that  the loud bang shook the often crowded and busy part of the city where it occurred, sending wares and windows flying, just as people fled the scene. A combined team made of up the military and local law enforcement have cordoned off the scene of the blast.