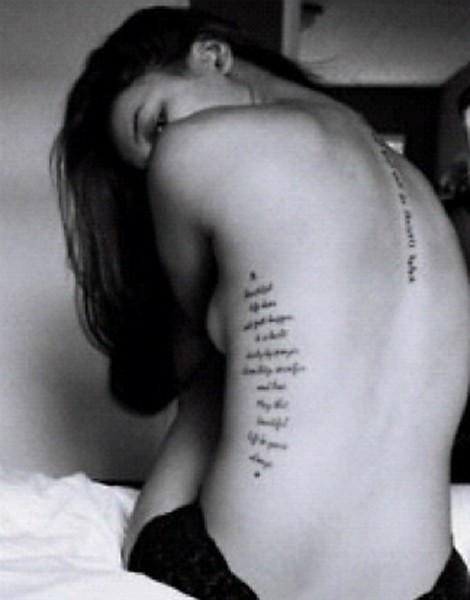 She actually posted so many photos of herself on twitter but one photo in particular portrays Karrueche in a light never seen before, with the pint-sized model sitting with her back towards the camera, baring her large tattoos and wearing only black knickers. Seductively turning her head back towards the photographer, Karrueche also lets slip part of her cleavage, which she is mostly covering with her long black hair.

Obviously she is beginning to tell the world she can be as steamy as the out gone Rihanna who has made media uproar her living world on displays.