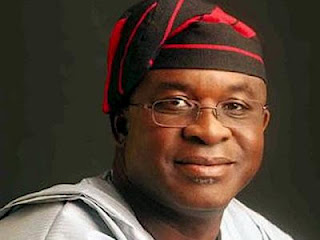 Last week it was all over the papers that the Senate President, Senator David Mark, was asking for a serious check on all social media, saying these media were using the avenues to send out wrong impressions about the country and the leaders in general.

In this statements the senate president claims he was misquoted.

This is what his special adviser on media, Kola Ologbondiyan described as what the senate president really said at the gathering.

Recently, the President of the Senate, Senator David Mark, delivered a keynote address at the Senate press corps Retreat in Umuahia, Abia Sate. The theme of the Retreat was: The Role of the Media in Promoting Good Governance. In his address, the President of the Senate had asserted that “the emergence of the social media like Facebook, twitter, blackberry messenger, YouTube etc have changed the face of the media practice by making information sharing easier, faster and quicker. But this is not without its demerits. Social media has become a threat to the ethics of media practice and good governance because of its accessibility and absolute freedom. Every freedom carries a responsibility. Even in the advanced democracies, where we all agree that good governance is practiced, there is no absolute freedom.

Continuing, Senator Mark expressed the belief that “there must be a measure to check the negative tendencies of the social media in our country. I say this because media practice, particularly journalism, process news gathering and dissemination. It also operates a feedback mechanism and where the practitioners erred there is room for rebuttal. But in the social media a faceless character can post any information that is absolutely false and misleading but will never retract it. At the end of the day one is bombarded with questions over what one has no business with. I suggest that schools of mass communication and journalism should review their curricular to include the operations of social media.”

Senator Mark also informed the audience that since he was quoted out of context that mobile phones was not for the poor myth, he had learnt to read a prepared text wherever he went to deliver an address. “I have challenged anybody to show me a quote in my own words where I said telephone is not for the poor. Nobody has been able to produce it yet I have to defend this everyday that what I said was if you must use a phone then you have to pay for the service.”

Noting that he always love to speak from the heart, the President of the Senate said he hoped and prayed that whatever he would present in his address to the Senate Press Corps at the event would not be misconstrued and misrepresented to Nigerians who were not present at the event.

It was as if Senator Mark saw tomorrow or had a premonition of how his innocuous remark on the social media would be misinterpreted and misrepresented by mischief makers who have been lurking around to attack him.

Hardly had he returned to his seat after the address when mischief makers began to work on their blogs in the social media. The message of the President of the Senate, delivered in a simple language, has not only been misconstrued, it has become misrepresented and had begun to spread like a wildfire. Mark had become the victim of the fear he had expressed before his address.

The wildest among the reactions said Senator Mark had called for censorship of the social media. There were those who said the President of the Senate stated that social media was being used to insult the leaders of the nation like him while others became as mundane as alleging that he wanted the social media to stop criticizing those in authority and to write only their good sides. All these are absolute falsehood.

From the excerpts of the speech quoted above, it is manifest that the President of the Senate neither called for the censorship of the social media nor alleged that the medium was being used to insult the Nigerian leaders like him. He also did not ask the social media to stop criticizing the Federal Government and write only on its good sides. Rather, he called for measures that would check the negative tendencies inherent in the use of the social media. That, I believe, is a genuine call that would help refocus the medium.

One would therefore have expected on-line publishers to join the clarion call made by Senator Mark that the assault to news gathering and dissemination being perpetrated on the social media be checked. There are several instances when social media activists have posted falsehood and readers believed them only to discover later that the post was bogus. How does this help the credibility of the social media as a medium? For instance, few days after members of the National Youth Service Corp posted to Bauchi State went to camp, a section of the social media posted falsehood that Boko Haram sect had attacked the Bauchi camp and about 50 people killed.

It was soon discovered that the information was false and totally mischievous. How can this be justified? Yet Senator Mark did not call for sanctions against those who made such posts but called for a check against such negative tendencies.

For the avoidance of doubts, the President of the Senate’s interest in the media has never been hidden and he demonstrated this in his several interfaces with the stakeholders of the industry before the passage of the Freedom of Information Bill by the 6th National Assembly.

Even at the Umuahia event, he expressed kind words for the media and its conscientious operators by saluting “the courage, doggedness and steadfastness of the Nigerian media.” Senator Mark also acknowledged the fact that “the press has been in the vanguard for the promotion and sustenance of democracy we now enjoy. Even the struggle for independence was pioneered and fought for by the Nigerian media.

“Sometimes I do disagree with you, but the media generally has fared well. They can still do more by deliberately planning and sustaining the efforts to bridge the information gap between the leaders and the led. The press can achieve this if it applies the basic principles of patriotism, accountability, transparency, and objectivity in the discharge of its duty.”

Is it not curious that some social media activists turned the table against Senator Mark by concocting lies and ascribing them to him? Was it for nothing that they ignored the details of his printed speech? Was there an agenda to deliberately denigrate his personage and cast a slur on his hard earned reputation? How else can one rationalize the insistence of some social media activists that Senator Mark called for the censorship of the medium even when his speech showed clearly that he never made such a call?

Perhaps one would have ignored some of the ridiculous posts but for the successive analysis that have been following. It is suspect that in most of these analyses of this hoax, there are subtle attempts to foist a label of “social media must be censored” on the Senate President. This is mischievous, irresponsible, wicked and unjust agenda that will not stick.

Senator Mark did not make any gaffes in his keynote address to the Senate Press Corps on the role of the media in promoting good governance.

Rather, his critics, who have continually ignored the text of his address which he read in the public, are mischief makers.