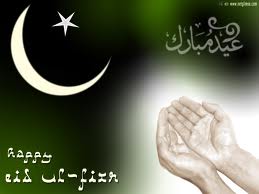 In recognition of Sallah celebration by Muslims in the country the Federal Government declared Monday, 20th August, and Tuesday, 21st August, as public holidays, so as to Muslims adequately mark this year’s Eid-el-Fitri celebration.

The declaration was contained in a statement signed by Mrs Anastasia Nwaobia, the Permanent Secretary in the Ministry of Interior. And, the declaration was made on behalf of the Federal Government urging Nigerians to emulate the exemplary attributes of Islam which are “love, tolerance and peaceful co-existence amongst the people’’.

The statement also advised Nigerians, irrespective of their religious beliefs, to use the occasion for sober reflection and pray for the peace, unity and progress of the nation “in its march to nationhood’’.

As is the custom, Eid-el-Fitri (or Sallah) celebration is used to mark the end of the 30 days fasting embarked upon by Muslim faithfuls.