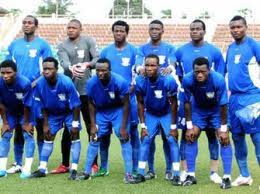 The only Nigerian representatives left in the CAF Champions League, Sunshine Stars, have qualified for the semi-final of the continental competition after Etoile du Sahel were disqualified from the tournament for crowd violence.

In a release on Monday, CAF said that Etoile’s rioting supporters caused the abandonment of a group-stage match against defending champions Esperance on August 18th.

According to Article 7 paragraph 6 of the competition’s regulations, “If the referee is forced to stop the match before the end of the regular time because of invasion of the field or aggression against the visiting team, the host team shall be considered loser and shall be eliminated from the competition, without prejudice to the sanctions existing in the regulations.”

Therefore, Etoile’s results from their four Group B games have been cancelled, giving way to Esperance and Sunshine Stars to advance to the semi-finals automatically. Etoile also face a two-year ban for the offence. The game in question took place in Sousse, Tunisia, and was called off in the 69th minute after Etoile’s fans invaded the pitch while others threw missiles including stones, bottles and firecrackers. Esperance had taken a 2-0 lead.

Meanwhile, it is Sunshine Stars’ debut in the continental competition. It is also the first time a club has been expelled in the middle of the group stage.