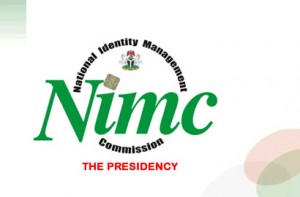 National Identity Management Commission (NIMC), it has been confirmed, is planning to layoff at least 4,029 members of its staff. The Director-General of the commission, Dr. Chris Onyemenam, while trying to defend this move, cited “redundancy” as the reason.

Onyemenam said that the commission could not accommodate the over-bloated junior staff of the commission, hence the decision to declare them redundant. The statement was made through the DG’s labour adviser, Mr Ayo Olorunfemi, who explained that the organisation was one of the few offices in the country that had majority of its workforce in the junior cadre.

According to him, the affected staff members were inherited by NIMC from the defunct Department of National Civic Registration (DNCR) under the former Ministry of Internal Affairs now Ministry of Interior. He also added that the current NIMC was being operated through a high technology system, adding that the affected staff members lacked the requisite qualification to work with the organisation.

Besides, the spokesperson of the DG continues: “We have not conducted any promotion since we took over the management of the organisation, what we have done is upgrading of staff that have made efforts to upgrade themselves”. He also added that the staff members had failed to improve themselves over the years to meet the requisite qualifications that would allow them to work with the commission. However, 500 of the 4,029 affected staff members had been upgraded and retained by the commission.