Home Lifestyle First Love Is The Deepest Or So A Research Reveals As One...
Facebook
Twitter
WhatsApp

They say that first love is the deepest and so is the first cut but a study conducted on Brits revealed that a quarter of all British men would like to get back together with their first sweet heart. Is it that hard to get over your first love? The study was carried out to mark the DVD release of movie American Pie: Reunion.

It is said that as many as fourteen per cent of people have actually got back in touch with an ex hoping to reignite the passion, and one in six men are still secretly in contact with a former partner. Are you in that number?

Although women are less likely to get in contact with an ex, four in ten who do so on the quiet admit they hope to seduce them. Really? And the role of social networking sites such as Facebook cannot be ignored as it has made it easier to find and chat up an ex, with 74 per cent of women using Facebook to link up with an old lover.

Men, meanwhile, are much more likely to keep in touch through email (33 per cent) or text (31 per cent).

But psychologists have warned that putting old relationships on an imaginary pedestal and attempting to reignite them is unhealthy and can be emotionally damaging. Psychologist Professor Cary Cooper, of Lancaster University, said: ‘Our first love tends to leave a big emotional imprint. It tends to be a powerful experience and the memory sticks with us as a reminder of more carefree, uninhibited days. 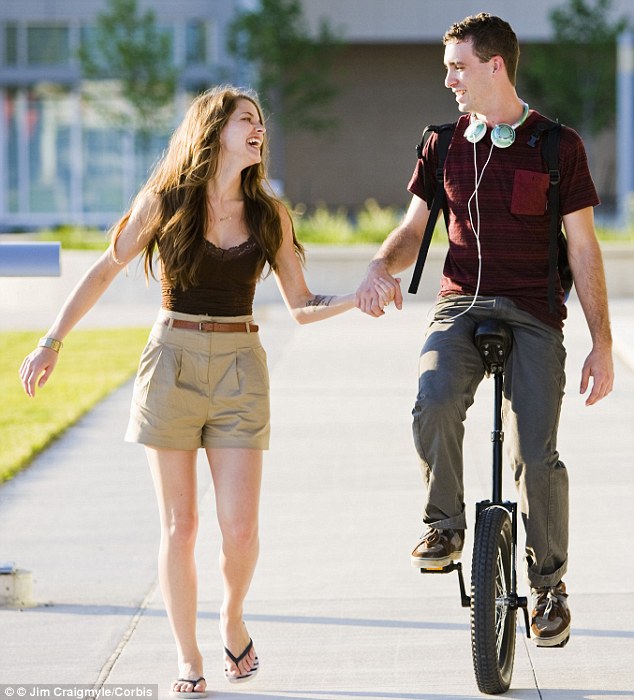 ‘We forget the jealousy and the heartbreak and tend to view those days through rose-tinted spectacles. But it’s a mistake to think that 10 or 20 years down the line it could ever be the same, as our circumstances change and we have greater responsibilities.

‘These people, particularly men, who pine after their first love are probably doing so because they’re unhappy about something in their current relationship but are afraid to confront it. Men are more likely to fall into this bracket because they are less monogamous and they have lower emotional intelligence than women.

Wow! Are men really less emotionally intelligent than women? I don’t think Nigerian men are anyways or what do you think?