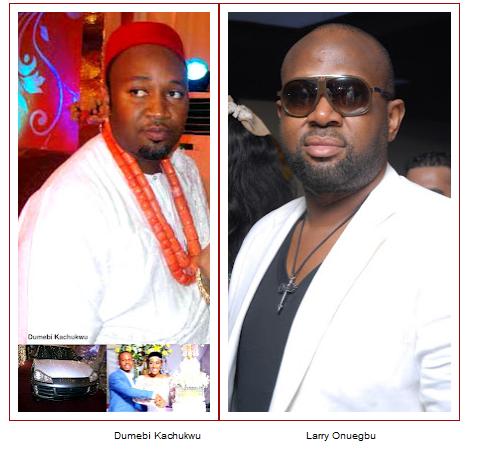 It has just been kicked to light that the most controversial wedding gift in recent years has taken a new turn as Lagos big boy, Larry Onuegbu reacts to the accusation that he sold a Porsche Cayenne SUV 2009 model at the price of a 2012 model to Dumebi Kachukwu, who then gave it to Naeto C as wedding gift.

According to reports, Dumebi was said to have found out that the car was not brand new, and it also wasn’t the model he had requested and paid for. The car is now a subject of police investigation, and in police custody.