Gerard Butler has ruled out rising from the dead to reprise his role in the movie, 300. The actor shot to international fame when he bared his rippling body as ancient warrior King Leonidas in the comic book-based 2007 classic. 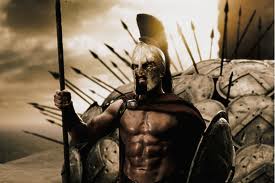 Despite his Spartan leader character getting killed off in the original film, director Zack Snyder revealed he wanted to bring Gerard back for a follow-up however, the star has confirmed he has no part in the upcoming sequel 300: Battle of Artemisia.

Since making his breakthrough in 300, Gerard has teamed up with a string of top US actresses in rom com’s including The Ugly Truth, with Katherine Heigl, The Bounty Hunter with Jennifer Aniston and P.S I Love You with Hilary Swank.