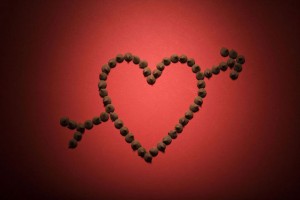 Ipetu-Ijesa, Osun State, was struck with tragedy when a hunter, Igere Segun, who caught his friend and his wife making love in his bedroom and killed the wife. It was learnt that Segun raged at the sight of the two lovers in his bedroom, got hold of an iron and aimed a strike at the head of his friend. The friend, however, dodged as the iron hits his wife, Aina, on the head.

The friend immediately bolted from the room while the wife, who was bleeding profusely, was rushed to Olujobi Hospital in Ikeji Arakeji, where she died on the third day.

Commissioner of Police, Osun State Command, Mrs. Kalafite Adeyemi, confirmed the incident, saying the police were on the trail of Segun’s friend, whose name he gave as Abiodun. According to the commissioner, “The incident happened last Thursday in Ipetu-Ijesa. It occurred between 10:50pm and 11pm. The husband had gone out, but unexpectedly came back late in the night.

“Ostensibly, he caught them red-handed and in an attempt to hit the man with an iron rod, he hit the wife, who was rushed to Olujobi Hospital in Ikeji Arakeji… She died the third day. The man is in custody while we are on the trail of the runaway lover. The case is being investigated.”