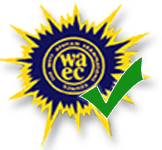 The West African Examinations Council on Friday officially released the results of the 2012 May/June West Africa Senior School Certificate Examination. The release of the results was announced by the Head, National Office of the Council, Dr. Iyi Uwadie,

According to Uwadie, a total of 1,672,224 candidates sat for the examination. And out of this figure, a total number of 1, 545,004, representing 91.10 per cent had their results fully released, while 150,874 candidates, representing about 8.90 per cent, had a few of their subjects still being processed due to some errors committed by the candidates at the point of entry.

Meanwhile, this time around, a total of 649,156 candidates representing 38.81 per cent obtained credits in five subjects and above, including Mathematics and English Language. This is a significant improvement on the results from the last two years, Uwadie observed. Candidates are expected to visit the council’s website for their results.

For information on how you can check your WAEC 2012 result, click here