The imbroglio between award winning Nollywood actor, singer and ‘bad boy’, Jim Iyke and celebrated blogger Linda Ikeji might just be over. The two had engaged in a tweet fight sometime last week over an image that depicted Jim Iyke eating roasted corn in Amsterdam. 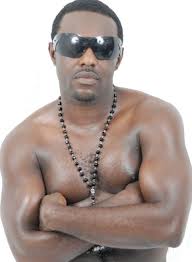 Now, eating roasted corn and being caught on camera isn’t a crime in itself and blogging it isn’t one either. As a celebrity and public figure, Jim Iyke should’ve known by now that whatever he does or say is gonna make news; whether it’s news worthy or not. But what we witnessed thereafter left alot to be desired especially on the part of Jim Iyke because he obviously didn’t get his facts right before going ‘ungentlemanly’ on Linda.

This will be the second time within a space of three months that former model and blogger Linda Ikeji will be getting in hot waters with Nigerian actors over a non-issue; yes, that’s what it is. The last time, it was popular actor and commissioner in Delta state, RMD that reportedly told Linda to ‘go get a life!’ over a seemingly innocent story that’d to do with a mansion allegedly owned by the actor. However, on this recent face off, Linda was completely innocent and I can report that authoritatively because the alleged picture and story was not even carried by Linda’s blog but another that bears close resemblance in name to hers.

In reaction then to this tweet by Jim Iyke “Fuck off lady! I’m nt even gonna pretend to be a gentleman abt tis. U cn play d victim all u want but I dnt give a rat ass, period”, Linda had innocently retorted, “U’re just attacking me for no reason. U sure u’re alright?” Apparently realising his mistake and error of an unwarranted attack, the actor waved the olive branch by tweeting what seems like an apology to Linda: “Apologies Linda. My vitriol on u ws a genuine error as I misread the handle. Hope u’ll boro a leaf from my apology based on ur antecedent attacks.”

Atleast he swallowed his pride and apologised even though Linda has not responded yet. How many men would admit they are wrong let alone apologize? Meanwhile, an online news journal exclusively reported that the Nollywood ‘bad boy’ has got a new media manager for himself.