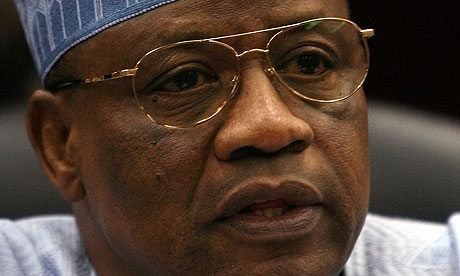 Former President, Ibrahim Babangida, has responded to Chief Edwin Clark over his allegation that some Northern leaders including him (Babangida) have remained indifferent about the Boko Haram insurgency.

Babangida also distanced himself from Nigerian politics, saying he has since left the Nigerian ‘political industry’. He then decided to trace the difficulties of the Jonathan administration to divisive people he said were of the same mindset with Clark, who he claims have prevented the present administration from seeking reasonable counsel from those that could help it.

In a statement issued on Sunday by his spokesman, Kassim Afegbua, Babangida has denied having anything to do with the Boko Haram sect; he also did not fail to dress down the elder statesman, Edwin Clark for the allegations against him. Below is an excerpt from the statement:

“The statement reportedly credited to Chief Edwin Clark on Friday, August 3, 2012 in several newspapers and online media to the effect that General IBB has a hand in Boko Haram, is the subject of this response. We are ashamed to state here that rather than coming up with plausible and efficacious solution[s] to the insecurity in the country, what the self-acclaimed elder statesman came up with was buck-passing, such odium and rancid outburst, to the extent of trying to accuse General Ibrahim Babangida on the Boko Haram menace. We view this misguided and senseless statement in very bad taste and we take very strong exceptions to his drooling and implied conclusion.”