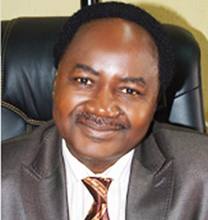 Just getting in is the report of the Vice Chancellor of the Enugu State University of Science and Technology, Prof. Cyprian Onyeji, who was kidnapped on August 15, 2012. It was said that the professor has been released.
He was said to have been released at about 11:30pm in Anambra State.