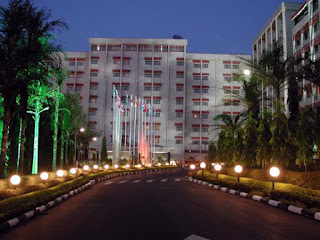 Recent research by the Hogg Robinson Group (HRG) ascertains that hotels in Lagos are the second most expensive in the world, being second to no other than Moscow

The survey was said to have been conducted in 50 cities worldwide and it was found out that a hotel room in Lagos cost an average of £217.05. That’s about N55k.