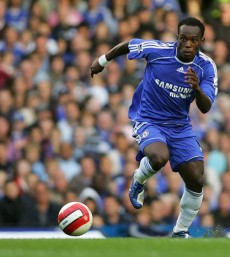 On the football scene is the report that Michael Essien is set to be the latest player to move in Chelsea’s extensive summer makeover, with the Ghanaian midfielder attracting serious interest from Fenerbahce.

Highstreetmail reports that Fenerbahce are understood to be awaiting the outcome of their Champions League play-off with Spartak Moscow on Wednesday night, given how qualification would greatly strengthen their hand in any transfer negotiations. As it stands, they are 2-1 down from the first leg in Moscow but have the benefit of an away goal.

Earlier this summer, Essien himself was quoted as saying he wants to remain at Chelsea. “My intention is to stay and I’m looking forward to a new season. I still have two more years here. I’m still here, I’m still around,” Essien said. “Yes, the team is changing and there have been players going, new players coming in but that’s how professional football is. You just have to deal with the situation and go out and perform for the team.

“I will play anywhere I am asked to play and it’s always been that way with me. I work hard for the team, for Chelsea. I’ve played right-back and other positions and it’s no problem.” That situation is complicated, however, by the fact that Essien hasn’t played a single minute so far this season, with manager Roberto Di Matteo even going so far as to strengthen the very position Essien mentioned, by signing Cesar Azpilicueta from Marseille.

If anything, the manner in which the once-dominant midfielder has so drastically fallen out of favour illustrates the effect injuries have had on his career. A series of long-term absences appear to have sapped Essien of the dynamism that once characterised his game. Indeed, given how Chelsea are still working on the manner in which old defence is linked to new attack, it is difficult not to think that the Essien of 2005 to 2008 would have been perfect.

Essien, however, was philosophical on his injuries during the summer. “The injuries I have had are just part of the game and when they happen you just have to get yourself back. I’ve not set myself any targets. I just pray to be injury-free. I’m very calm. I don’t talk much but put me on the pitch and I will do my best.”