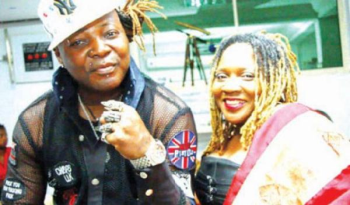 Lady Di, the Charly Boy’s sweetheart for over 35years has come out openly saying every statement of her husband being a  gay or a member of the Illuminati were all flimsy lies. She had this to say:

“This is not the first time it’s happening. The only difference may be due to the context through which the rumour went viral, but realistically, there is nothing new about the rumour, we have heard it over and over again…I think people try to merge his personal life and artistic life. Obviously, they cannot be same,”

“Charly boy had always hated the fact that someone should live the life of others…he only wanted to be himself…he wanted in a very aggressive and way to build a brand that will become an all time favourite to young people…but before then, we knew that controversy would sell quicker than anything else,” she said.