A goal in each half saw Nigeria commence their 2012 FIFA U-20 Women’s World Cup campaign with a 2-0 victory over Korea Republic in Saitama to take an early lead at the top of Group B.

Ngozi Okobi opened the scoring on the quarter-hour mark, while Desire Oparanozie extended the advantage midway through the second period.

The Nigerians, backed by a buoyant and colourful band of supporters, went ahead following smart work from Francisca Ordega on the right side of the box, with the midfielder playing a perfect low ball across the face of goal for Okobi to score.

With Okobi, Ordega and Oparanozie all dangerous in possession, Nigeria provided a regular threat, although Korea Republic with their short-passing game in evidence, provided a tough opponent for the 2010 runners-up. 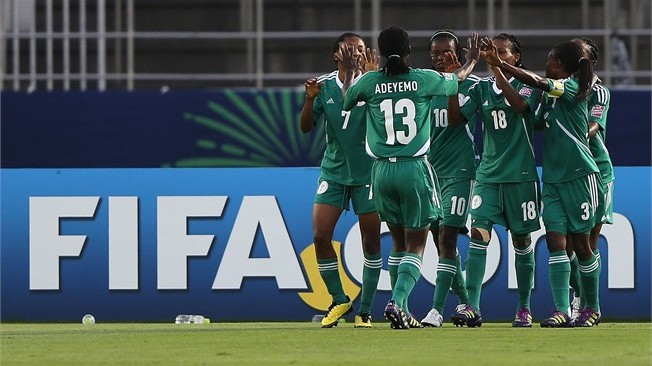 However, Korea Republic suffered a massive blow in the latter stages of the first half with midfield schemer Yeo Minji, the 2010 FIFA U-17 Women’s World Cup adidas Golden Ball winner, forced off with injury.

Nigeria claimed a deserved second with Ebere Orji’s cross into the penalty finding Oparanozie who scored with a stylish header. Late chances went the way of Esther Sunday but Nigeria had to make do with a 2-0 scoreline.