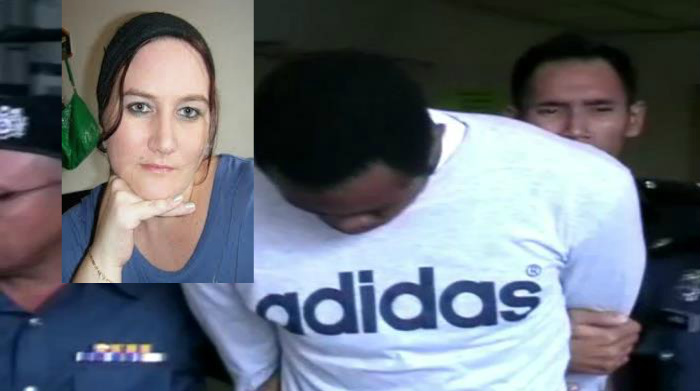 The possibility of facing a death penalty seem to be confronting a Nigerian and an Australian nurse after a Malaysian court on Tuesday charged them with trafficking methamphetamines in the country.

The Nigerian Esikalam Ndidi alongside  The Australian Emma Louise L’Aiguille were charged in a Kuala Lumpur court two weeks after police said they were arrested in possession of one kilogramme of the banned drug.

It is said that Drug trafficking carries a mandatory death sentence by hanging in Malaysia, where hundreds of people are on death row, mostly for drug offences.

Anyone found to be in possession of at least 50 grams of methamphetamine is considered a trafficker.

The duo were in a car when police arrested them, attorney Muhammad Shafee Abdullah told reporters after the court appearance.

Muhammad Shafee was representing the Australian nurse while Ndidi was not represented by legal counsel at the hearing.

Police told L’Aiguille, who had been driving, that drugs were later found in the car, the attorney said.

Muhammad Shafee said two other Nigerians — L’Aiguille’s boyfriend and another man — had also been in the car but had left the vehicle just prior to the arrests. Police are currently searching for the boyfriend, he added.

“She is completely depressed. She just does not understand how all this could happen to her. She was just driving the car,” Muhammad Shafee said.

He said L’Aiguille was a nurse who was in Malaysia as a tourist and had visited the country several times over the past two years.

He complained that defence lawyers were only allowed one ten-minute meeting with her before the court appearance.

The next court appearance was set for October 1. Please are not normally heard at the time defendants are charged.

Since 1960, more than 440 people have been executed in Malaysia, including two Australians put to death in 1986 for heroin trafficking that made headlines as they were the first Westerners to be executed under tough new anti-drug laws.