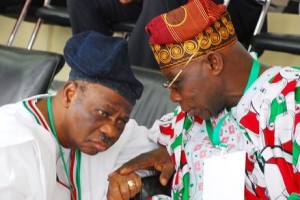 As the crisis rocking the Ogun State chapter of the Peoples’ Democratic Party (PDP) deepens, one of the chieftains of the party in the state, who is also a major financier of the party, Mr. Buruji Kasamu, has expressed his disgust at former president, Olusegun Obasanjo’s decision to stay mum on the raging crisis.

In his complaints, the chieftain said that “Chief Olusegun Obasanjo and General Tunji Olurin (rtd) are betrayers, they are not worthy to be called leaders of PDP in Ogun State. I recall that during the tiff between Obasanjo and the former governor, Otunba Gbenga Daniel, I was the only one who stood behind Obasanjo. But why is he allowing his name to be dragged in the mud by Oyinlola and Bode Mustapha?”

Chairman-elect at the congress organised by the party’s National Working Committee, NWC, Mr. Bayo Adedayo also criticized what he described as “criminal behaviour against democratic institutions”. He was talking about plans to nullify the process which brought him in as chairman, noting that, as democratically- elected executive officers through a congress, they were not allowed to act as dictated by the law.

Adedayo, who is recognised by the courts, wondered why congresses held across the nation five months ago, would be nullified, adding that the imposition of an “illegal caretaker committee in the state” is unacceptable. He then said that, “the rule of law is on our side, if anyone is properly elected, he should be allowed to operate in that capacity.”

He continues: “some big elephants are trying to impose their surrogates to be at vantage position for 2015… We are frustrated, but if this issue goes to worse, the result is better imagined. What the other faction is doing negates the constitution of the party.”