Some of Nollywood’s finest have been nominated into different categories in this year’s African Film Festival & Academy Awards (ZAFAA). The nomination ceremony was held two days ago in Nigeria’s commercial nerve centre, Lagos. 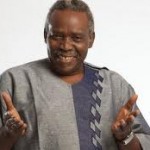 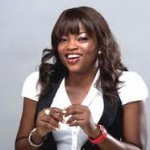 ZAFAA opens on the 19th of October, 2012 with multiple events.

Film Seminar, Investment Forum, Cultural Displays and Film Shows at one of the most attractive cinema in Central London from 10.00am till 5.00pm in collaboration with International Film Makers.

On 20th of October, the main event is billed to hold at the most elegant Hotel in the heart of London, London Hilton Park Lane from 7.00pm till 1.00am with the most fascinating red carpet in as never seen in an African Event.

Ticket can be purchased from paypal or other outlets.

Share
Facebook
Twitter
WhatsApp
Previous articleGood Times For Nollywood As Yet Another Face Features On CNN Inside Africa
Next article“Waving Flag ” crooner, K’Naan to publish children’s book
- Advertisement -Ad ==> Discover how a young Nigerian graduate now makes a consistent 40k per week doing a legitimate online business. You too can start yours now, click here!!!