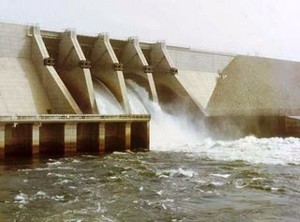 There are indications that the rate of electricity supply across the country has improved remarkably. However, some still insist that they still do not see any light. Of course, the government has not hesitated to come out and claim that it is making progress in the power sector. The honorable Minister for Power has said that power generation hit a record 4237MW as at 6th of August, and promised further that power generation will hit 9000MW by December!

Sounds great. It has been long due. Nigerians can’t wait. Meanwhile, the faceoff between the government and staff of the Power Holding Company of Nigeria (PHCN) continues, with military men taking over the PHCN headquarters. Could this be in anyway linked with the stable supply of electricity? Or is it that Nature in its benevolence has smiled on us with the heavy downpours which have left our dams overflowing?

As some will recall, the Minister of Power, Prof. Bart Nnaji, once blamed the poor rate of electricity supply across the country on low water level in the dams supplying water to the three hydro power stations at Kainji, Jebba and Shiroro. He had also assured Nigerians that electricity supply will improve as soon as the water level in these dams rise. One might want to ask still that: is this the first year that the country will be experiencing heavy downpour resulting in the overflowing of the dams?

From whatever angle we choose to look at the issue, the most important thing is that a lot of Nigerians are acknowledging the increase in electricity supply in their homes in recent times. Or is it not the same story in your neighborhood?