According to statement merging from the Oyo State Command of the NDLEA, on Tuesday, at least 5,611.34kg of Indian hemp have been seized in the first six months of this year. This was made known by the commander of the agency in the state, Suleiman Jadi, in an address to journalists in Ibadan.

He pointed out that this volume shows a drop when compared to the volume of the seized drugs in the previous years. He then lamented the consistent use of the Benin Republic-Igbo-Ora route for the smuggling of narcotics as the major challenge facing the command.

Therefore, the commander has noted that the agency would re-strategise and strengthen its co-operation with other agencies to tackle smuggling via effective policing, surveillance and intelligence information. 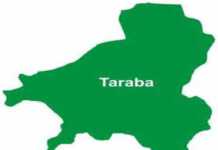