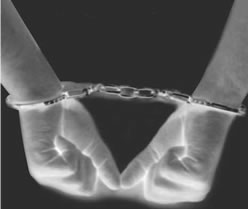 A Togolese pastor was last Sunday arrested at the Kotoka International Airport (KIA) in Accra by officials of the Narcotic Control Board (NACOB) for concealing 4.2 kilogrammes of cocaine in Lollipop toffees.

The toffees had been replaced with the cocaine and coloured like the original Lollipop in pink, red and blue.

The suspect, Pastor Woegna Yao Koufoualesse, 44, travelled from Sao Paulo in Brazil and arrived on board an Emirates flight in Accra about 1:45 p.m.

He is the Head Pastor of the Inner Temple Ministry International located at the Pantang Junction, near Adentan in Accra.

According to the Deputy Executive Secretary of NACOB, Nii Lante Blankson, the pastor’s arrest was a collaboration between NACOB and its international partners.

He said drug traffickers had become more sophisticated in their operations and devised new means to outwit security operatives at the airport.

He said following his arrest, Pastor Koufoualesse said he had gone to Sao Paulo to purchase rice for his company, Soadim Company Limited.

He said he had been invited by his business partner, who had rented a hotel for him, and while there, he met a Togolese lady, whom he knew as his brother’s girlfriend, and an Alhaji who asked him to send the toffees to a man in Accra with the promise that if he was able to deliver same, they would help him put up his new church building.

The deputy executive secretary said the drug and the lollipop coating together weighed 4.2 kilogrammes and that it would be sent to the Ghana Standards Authority laboratories for examination and analysis.

He said the pastor denied any knowledge of the drugs, claiming that he was a man of God and could not traffic drugs, noting that investigations were currently ongoing, after which the suspect would be arraigned.

Another suspect, Amidu Mohammed, 42, a charcoal burner from Lambusie in the Upper West Region, was arrested together with the pastor.

Both suspects arrived on the same flight from Sao Paulo and Amidu was found to have swallowed 100 pellets of cocaine.

He has expelled 95 pellets following his arrest.

According to Amidu, he was compelled to expel five pellets in a toilet in Dubai when he started feeling uncomfortable.

He told investigators that he had been invited to Sao Paulo by a friend whose name he gave as Tony who gave him 1.5 kilogrammes of the drug, valued at $60,000.

He said Tony promised to give him some money if he was able to expel the drugs successfully to a friend in Ghana.

He said on arrival at the airport, Tony’s friend called him but by then he had been picked up by NACOB officials and so he could not answer the phone.