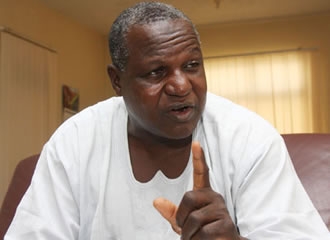 The Nigeria Labour Congress (NLC) is finally taking concrete actions about intervening in the face off between the Federal Government and the staff of the PHCN. The NLC has issued a one-week ultimatum to the Federal Government to withdraw armed soldiers from the Power Holding Company of Nigeria, PHCN, headquarters and other installations and commence meaningful negotiations with the workers on the outstanding labour issues or face a nationwide industrial strike.

This came in a communiqué following the conclusion of the NLC’s National Executive Council (NEC) meeting in Benin City, Edo State. The NLC president, Comrade Abdulwaheed Omar, briefed pressmen at the end of the NEC meeting. He expressed the NEC’s reservations for the military takeover of the corporate headquarters of the PHCN over an industrial relations issue.

According to him, “NEC calls on the Federal Government to within the next one week, withdraw the army from PHCN installations and commence negotiations with the unions on outstanding labour issues.

“Congress reiterates its earlier position that the New Pension Act did not abolish gratuity and that the 25 percent contributions by the workers should be paid up to date. It holds the view that there cannot be retroactive contribution, hence if the PHCN management intends to migrate to the new pension policy, they should go into an agreement with the unions and agree on the commencement date to start the contribution.”

The PHCN and the Federal Government have been at loggerheads over issues bordering on pay and the privatization of the sector which, it is feared, will result in the loss of jobs by many workers in the power sector.