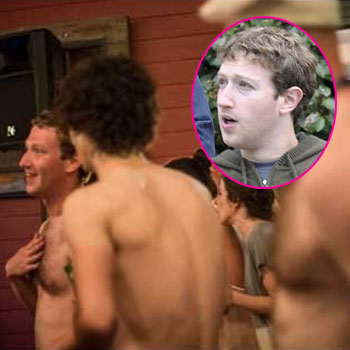 Mark Zuckerberg, the Facebook founder and billionaire had a tragic moment on his own creation

Just like that of Kanye that was released earlier today, the picture of the lord of Facebook has been making rounds as it was said to have been posted for a short while and deleted.

Andrew Bosworth, the Facebook Director of Engineering is in the picture on the far right, and apparently “accidentally posted” the picture on image sharing site, and pulled it down “seconds later.”

However, that wasn’t fast enough and someone captured the photo causing the interest. Zuckerberg is smiling in the picture with his hand over his very hairy chest while he stands with other shirtless guys.