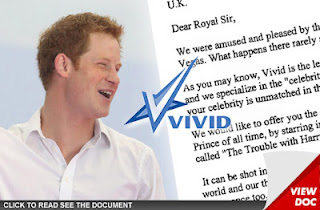 Prince Harry has just been offered$10 million to star in a big budget ádult film called “The Trouble with Harry”. Vivid Entertainment’s honcho Steve Hirsch was said to have sent the letter to the royal palace following the display of the young prince in Vegas.
According to the letter, the film will feature so many royal cárousing and other things.
Hirsch writes, “We assure you the séx will be well-scripted, and the crown jewels will not be ‘minimized’ in any way.” 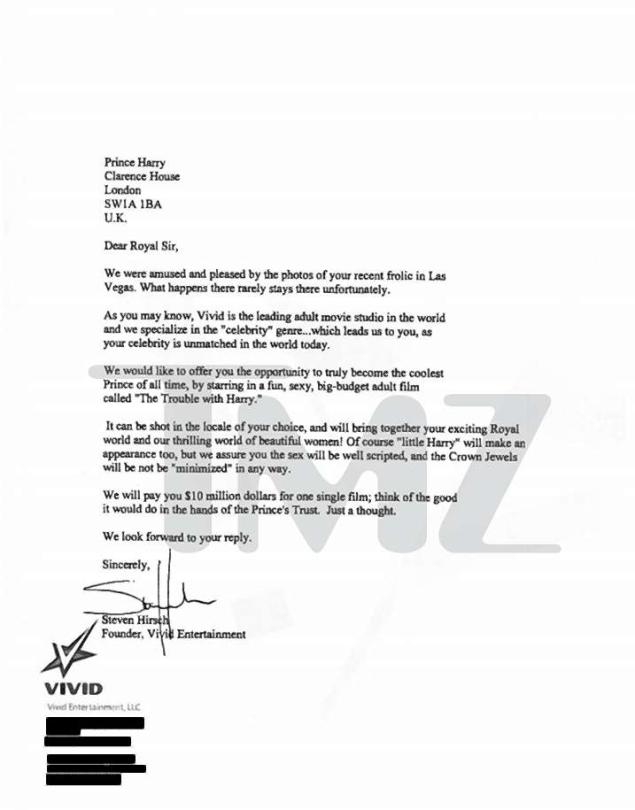