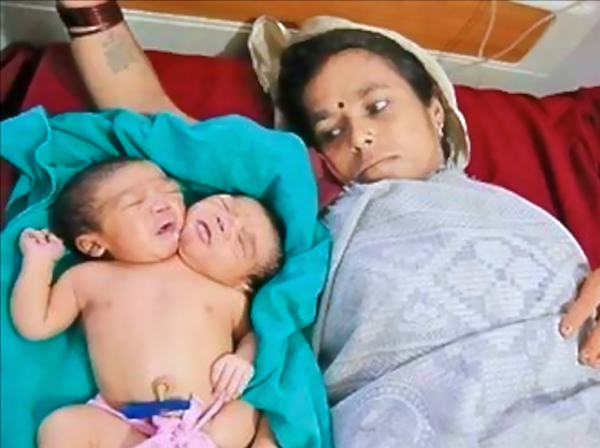 The description of the child look and appearance goes thus:

It has two heads fixed on a single neck and body.

She has two hands and as many legs and is crying with both her mouths.

She is taking feed with both her mouths normally.

The rare birth is said to be owing to a congenital abnormality.

Senior doctor of the nursing home, Dr Anju, said: “It is a birth defect and usually known as ‘congential anomaly.”
It is a type of congenital disorder which is primarily structural in nature, she informed adding, the problem occurs to one child in several lakhs generally due to a genetic disorder.

Dr Vinod Kumar, another senior medico, said the chances of survival of such children are much lesser, but they can also live longer on better care. The father Tilakdhari Yadav said the newborn is his sixth child. He has four daughters. The fifth child was a boy, who is no more.