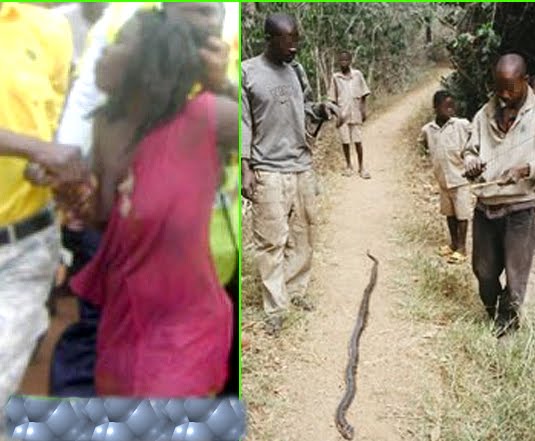 Unbelievable was the reaction when a Harare woman confessed in court that she once turned into a snake.

The woman, Esther Chirawo, said her ex-husband was responsible for the horror that saw her turning into a snake during a funeral for a family member. She had dragged her former husband, Davison Guvamombe to court where she was seeking a protection order against him.

This lady had the follwing to say: “My relatives were shocked when they saw me moving with my tummy at the funeral. I acted like a possessed person. I was acting like a snake and I said things that no one could understand. I used to spend three months without having s*x because he would have it with his other wives. He once stripped me naked before bashing me with a belt and I sustained severe injuries. I left my children in his custody but he is denying me access to see my children.

Responding to the allegations, Davison vehemently denied the accusations and said Ester just left their matrimonial home without giving any notice.

“How can I assault someone whom I do not stay with? I have been wondering why she left home because I never assaulted her,” he said.

Magistrate Milton Serima, who presided over the case granted a protection order in Ester’s favour and urged her to apply for custody if she wants to stay with the children.