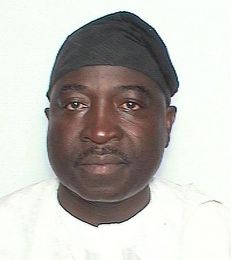 The failure of Nigerian athletes to bring in at least a trophy in the outgone Olympics has been a topic that still vibrates on everycitizen of Nigeria. It is a disheartening story to hear that while Nigerian athletes were busy competing for medals at the Olympics, the Chairman House Committee On Sports, Hon. Godfrey Ali Gaiya was allegedly busy enjoying himself at the prestigious Marriot Hotel, where he lodged.

It was reported that the honourable did not attend any of the sports events, and that throughout the game he was lavishing away the country’s money in his 5star hotel. Hon.

Gaiya, who represents Jaba/Zangon Kataf Federal constituency of Kaduna state in the Federal House of Reps, was said to have attracted a big attention to himself when he was about to check out of the hotel. This is because the hotel management had requested that the honourable should settle his total bills before he could be allowed to go. The hotel, as was told, were not allowed to disclose his bill, but the action of the honorable took a noticeable spark as the honorable threw caution to the wind when asked to pay his total bill while he was leaving the hotel. Busy bodies told the magazine that reported the news that the honorable was trying to cover his tracks but the hotel was insistent on him paying all his bills.

Grudgingly, the honourable admitted watching the channels and was made to pay about two hundred and forty pounds sterling, (£240).

When the honourable was contacted, he neither picked his phone nor responded to the short message (text) sent to his phone.