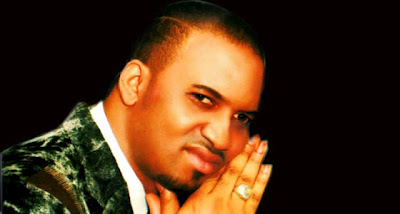 Orijoreporters reported that about three months ago when the overseer of Mountain of Liberation Ministry at Ereke Street, in Ojodu area of Lagos State, Prophet (Dr.) Chris Okafor broke the news of his abduction in a telephone conversation on his way from Awka, the Anambra State capital where he had gone for a crusade, the congregation shuddered with fear. Later on, and having paid a ransom of N50 million from the church’s savings to the supposed kidnappers to secure his release, some of the church members have come to discover that the kidnap story was a ruse.

Orijoreporters was told that what informed their position was that when they went to receive their pastor at the Lagos airport, he bore no sign that he was ever kidnapped. Instead, he looked fresh, and well fed. Their conviction was also based on the fact that the remains of one of the pastor’s security escorts who he said was killed in crossfire has not been seen, and neither his identity known till date.

That was the story of Pastor Chris Okafor purported kidnapping. The latest is that he is embroiled in a new conflict with the Igbano family over two-and-half plots of land at Gbolahan Akinmuda Street, Magodo Phase 1. It happened that Mrs. Igbano, a member of Mountain of Liberation Ministry, put the land, which belongs to her younger brother who lives in Switzerland up for sale, but buyer was not found, and she decided to seek spiritual help from her pastor who asked her to bring a small portion of the land’s sand in a polythene bag to him for prayer.
And as they were praying with Mrs. Igbano’s eyes closed, it is said that Pastor Chris stealthily put a tortoise in the polythene bag, which was in his possession. He then told the woman to open her eyes, and the bag, and to her surprise she found a tortoise in it.
At that point, the pastor now told her about the spiritual implication of the tortoise in the sand. This he reportedly said meant that the woman would die if she sold the land, or built anything there, adding that she should give it to the church instead.
Mrs. Igbano believed her pastor’s ‘tales by moonlight’, and recoiled in horror, and sometime last year, 2011 she gave out her younger brother’s landed property to the church having told her brother that land speculators had seized it. Since he thought Mrs. Igbano owns the land, which is valued at around N80 million, Pastor Chris felt he has struck gold, and started to erect a personal mind blowing 19-bedroom duplex on the land, which he completed, and moved into early this year. He also tried to perfect the land document in his own favour at Lagos State Ministry of Lands.
findings revealed that Pastor Chris used to live in a 3-bedroom rented apartment at Adekunle Ajuwon Street at Asore in Ajuwon, an Ogun State suburb before he moved to his mansion in Magodo. It was there, he mastered the fine art of obtaining by tricks. Even in his church, Mountain of Liberation, which congregation is over three thousand, he introduced programmes such as GIVE ALL TO JESUS where regular worshippers are encouraged to donate all their monthly salaries to the church, and FIRST HARVEST where they are asked to give their first salaries to the same church every New Year. The same ‘man of crime’ requests that every church member should give a minimum of a thousand naira as offering on every Sunday Service in the church. 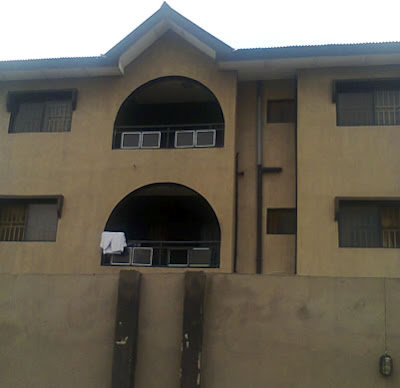