Prince Harry displays his royal behind in Vegas 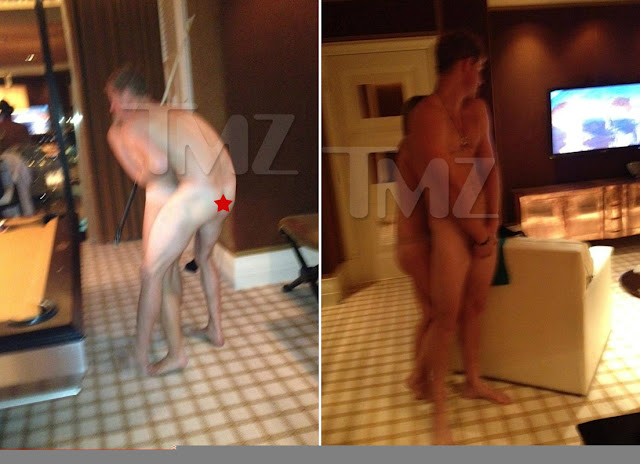 TMZ reports that Prince Harry got so bare it caught the media attention during a game of strip billiards with a room stock with friends in his VIP suite.
The incident, as reported, went down Friday night during a raging party in a high rollers hotel suite. It was said that Harry, along with a large entourage, went down to the hotel bar and met a bunch of hot chicks … and invited them up to his VIP suite. Once in the room, things got WILD … with the group playing a game of strip pool that quickly escalated into what we refer as royal nudity.
SOme of those in the room were reported to have snapped the pictures. In one photo, a fully nude Harry cups his genitals while a seemingly topless woman stands behind him. In another photo, a naked Harry is bear-hugging a woman who appears to be completely naked as well.
When asked, a rep had this to say:  “We have no comment to make on the photos at this time 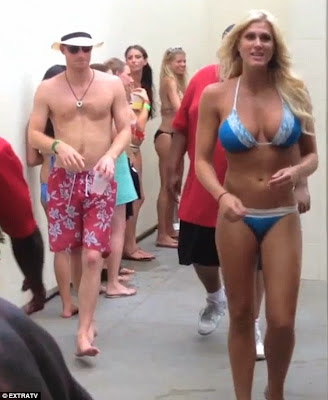