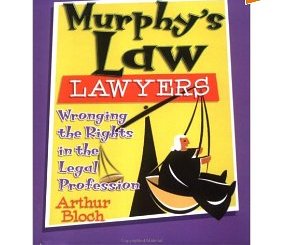 Define hopelessness: when those who are supposed to help uphold the laws of the land are themselves deeply enmeshed in the very act of violating them.

A lot of us must have heard the following clichés before: “Lawyers are liars”, “Lie Lie Boy” (LLB), “Lie Lie Man” (LLM) – all in ridicule of lawyers. These statements were, perhaps, justified with the news of a recently qualified lawyer who was convicted for malpractices during his law school’s bar examination in Abuja.

This was made known by the Director-General of the Nigerian Law School, Dr Tahir Mamman, on Thursday in Abuja during the Annual General Conference of the Nigeria Bar Association (NBA). The DG also decried the increase in examination malpractices among law students, condemning the actions of some senior members of the NBA in encouraging malpractices by using their positions to influence the prosecution of defaulters.

He however pointed out that the management of the school would not relent in its effort to get rid of such lawyers, adding that they were capable of tarnishing the image of the profession. According to him, “The recent increase in examination malpractice among law students is appalling and for three examinations running now, the school has registered increase in examination malpractices… Some recently qualified lawyers were caught writing examination for some resit students only three weeks ago… One was convicted three weeks ago and now serving six months imprisonment without option of fine in Kuje Prisons… Two are awaiting judgment while four others have just been arraigned.”

He continues: “A senior member of the bar came to me recently to plead on behalf of some defaulters to say that any form of prosecution would destroy their careers.” He also blamed corruption in the admission system of some universities in the country for the quality of lawyers produced, advising parents to allow their children to choose professions of their choice, rather than forcing them to take courses that were against their wishes.

But then, it cannot be ruled out that the Nigerian Legal has in it some very fine lawyers who uphold the ethics of the profession.