This is in the light of recent revelations that Chuddy K has previously released a debut album in 2010 titled, ‘I am Me’. However, the norm has been that Next Rated nominees must be unreleased artistes as at nomination period. 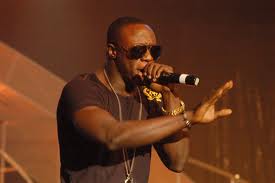 A statement made available by the organizers reads: ‘Evidence has emerged that Chuddy K previously released an album titled “I Am Me” in 2010 and therefore will not be listed in the Next Rated category’.

Up and coming rapper, Flowssick has now been nominated to replace Chuddy K in that category which also boasts of heavy weights such as Davido, Eva Alordiah, and Praiz.

Chuddy K is however still in contention to win in three other catergories he was nominated– ‘Song of the Year’, ‘Best pop single’ and ‘Best street Hop’.