“The truth behind my relationship with Don Jazzy” – Tiwa Savage 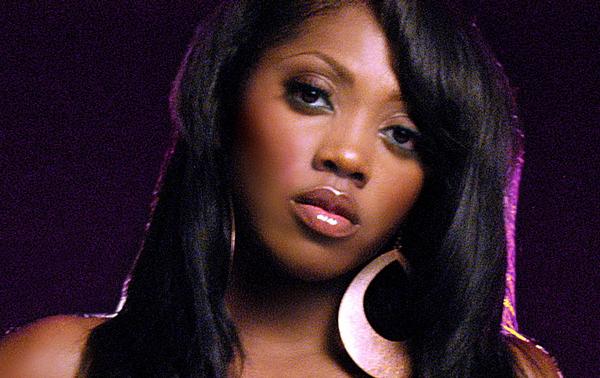 She’s tall, pretty and highly talented with a unique voice, you do not come across Tiwa Savage in person for the first time and fail to notice the passion and confidence she exudes. This better comes alive when asked to speak about her music career.

It sure does not come as a surprise, as the 32-year-old singer, who does not look any bit her age, kicked off her music career in the UK, touring as a back-up singer for international stars like Mary J. Blige, Sting, George Michael, Kelly Clarkson and the Spice Girls.

Her impressive resume notwithstanding, Savage, who is the only female in the Don Jazzy-led, Marvin Records music label, is quite approachable. Although she says her label mates do not make her feel like a lady in their midst, her inclusion in the team has given rise to speculations of a steamy romance between her and Don Jazzy.

The rumour was further fuelled when the latter, who has never collaborated with any artiste outside of the disbanded Mo Hits Crew’, featured on her single, Without My Heart.

To these allegations, Savage lets out a hearty laugh, saying, “The rumours are false. Don Jazzy and I have always been friends. He helped me out from the beginning, even before Mavin Records. I have always and will always look up to him. He is a great man and I appreciate his talent so much. He also has a really good heart.”

In less than two years since she moved back to Nigeria, the slender singer has won a large following for herself and has gradually wormed her way to the enviable position as a top musician in the country. Yet, she rules out ‘luck factor.’

“A lot of people see it as a short period but I can assure you I have been working for many years to get here. It is a journey that has spanned many years and three continents just to get here. I am grateful to God that I now have the opportunity to sing but it has been a lot of hard work.”

Savage’s dress sense and appearance have made her nothing short of a sex symbol in the industry. Notwithstanding, she confesses that she was initially not comfortable with her skin colour.

“I used to have such a complex about being dark skinned and was told that I was not beautiful and sometimes when someone complimented me, they would say, ‘You look good for a dark-skinned girl’ but eventually when I moved to the U.S., people started to really compliment me. So I guess the secret is appreciating how God created you. Once you feel good on the inside it will show on the outside.”

According to the Berkley College of Music, UK graduate, she is not threatened by the crop of female artistes trying to break through in the competitive Nigerian music scene. For her, there is no challenge what so ever.

“If anything we even need more female musicians. There are not enough of us. I am actually in awe of many of them: Omawumi, Waje, Asa, Eva are all doing great things in music. Many powerful women have paved the way for someone like me and the truth is there are amazing female artistes that are relentless in their efforts to build the female presence in the music industry. We are working so hard to make sure we close the gap in such a male dominated industry.”

With less than six singles to her credit, her yet-to-be- released album has become one of the most anticipated in the industry. She reveals that it will be a blown-away.

“The album will be out very soon and apart from my usual style, I am experimenting with some different sounds too. I think listeners will be pleasantly surprised. I was happy that O Ma Ga was well received because it was a departure from my typical style. I am not necessarily pushing for an international collaboration right now as I feel when the time is right it will happen. I would love to do a collaboration with Brandy though; she is my all-time favourite.”

With some celebrities constantly striving to live up to the expectations of the public and fans, Savage says she is never compelled to bow to pressure. “From the beginning, I have always just allowed the music to speak for itself and I strongly believe that as long as you are true to yourself, you maintain your integrity and continue to stay humble and create great music, you will be free to enjoy the journey and use your gift to bless people as supposed to always feeling pressured. The only pressure I feel is to always do better.”

When asked what she considers the greatest misconception being held about her, she says, “Probably that I am some kind of diva. In reality I am most comfortable wearing a T-shirt and some leggings. I’m not even a big fan of heels.”