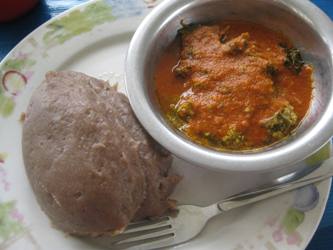 According to a source, when Michael returned from his farm on the fateful day, he instructed his daughter, Patience, to prepare amala for the family to eat: “Some hours after the meal, Joy, who was spending the holidays with the family started complaining of stomach pain and shortly after, slumped. She died later at a nearby government hospital.” It was learnt that the little girl was buried the following day.

The source continued, “Few hours after Joy was buried, other members of the family started having stomach pains and were rushed to the hospital. It was at the hospital that Onoja told his neighbours that the family ate amala, and that they had not eaten any other food after that. He and the family members died one after the other shortly after that.”

The corpses of the deceased persons have since been deposited at the mortuary of the state Specialist Hospital, Akure while autopsy is yet to be conducted. Meanwhile, Public Relations Officer of the state police command, Mr, Aremu Adeniran, confirming the incident, said the police had commenced investigation into the incident. He said, “The matter had been transferred to the State Criminal Investigation Department in order to ensure proper investigation.”