In between them, they have won 36 Grand Slam titles, four Olympic gold medals and they are siblings- Venus and Serena Williams. They are a delight to watch on the tennis courts and even off it, you never fail to notice their well maintained bodies and fashion sense.

Serena Williams (born September 26, 1981) is a professional American tennis player. The Women’s Tennis Association has ranked her world number one in singles on five separate occasions. She became the world no. 1 for the first time on July 8, 2002 and regained this ranking for the fifth time on November 2, 2009.She is the only female player to have won over $35 million in prize money. 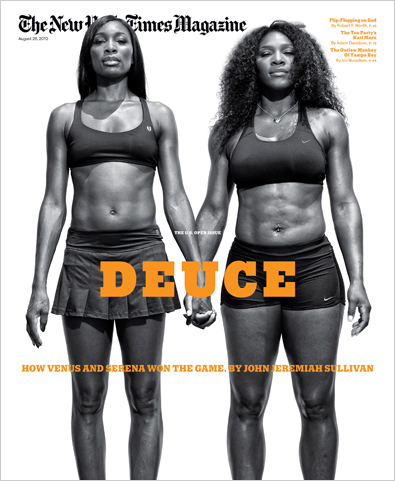 Who looks hotter in this cover of the New York Times; Venus or Serena?