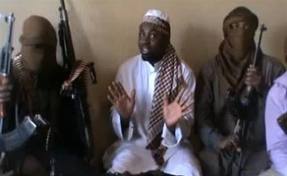 News in circulation within the past twenty-four hours has it that members of the Joint Task Force (JTF) have killed at least twenty members of the dreaded Boko Haram sect, with even more arrested. Other reports even have it that the number of those killed could be as high as thirty-one (31).

However, reacting to this news, the members of the sect have come out with a statement that those killed by the JTF are indeed civilians and not terrorists. As far as they were concerned, not even a member of their sect was around the location where the killings were carried out.

Spokesman of the sect, Abu Qaqa told a teleconference for journalists in Maiduguri, capital of Borno state, that his fighters had not been meeting at the place where the military said it killed them. According to him, “They only succeeded in killing civilians,” Qaqa said. “Twenty of us cannot risk sitting in a volatile place to hold a meeting … It is not possible.”

However, A security officer said a mixed military and police force, had tipped off about a Boko Haram meeting on Sunday. When they approached the site, they were shot at and this led to the attack in which 20 “terrorists” had been killed. One soldier was also lost in the shootout.

Just a few days ago, the US had advised the Federal Government on the use of tact, rather than force alone, in dealing with the issue of terrorism in the country.