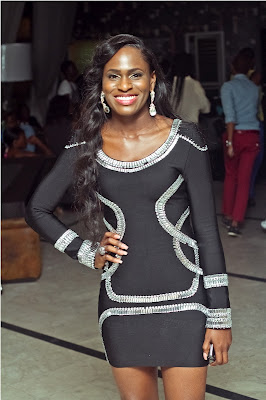 “On Saturday, the 28th of July 2012, at about 6:46pm, I drove into the new car park under construction at the Oriental Hotel, Ozumba Mbadiwe Street, Victoria Island, Lagos. The ‘Security’ guard stationed at the gate; as usual did not take my plate number, issue me a parking ticket or try to identify the driver of the car, as normally done with other guests who drive into that particular car park.”
I had been invited to cover two events; the ‘YNaija Hashtag’ party and senator Ita Giwa’s daughter’s dinner party.
After I had finished work at both events at around 11:15pm, I noticed that my car was not at the spot I had parked it on. I, and the hotel security men combed the entire car park several times to be sure I did not forget where I had parked and still did not find my car.
However, an empty carton which I had used to identify my parking space was at the same spot I parked, but surprisingly, the car wasn’t.
I ordered the security men (who were rather dismissive and un-professional) to take me to their head security officer and security control room to watch footage of the recordings in the car park. The Chinese men, whose names I can’t recall, seemed un-sure, confused and spoke in their native tongue amongst themselves while checking for footage; still they were not able to give me tangible results on camera. I never saw footage of when I drove in or how and who drove the car out; instead I was shown footage of what was happening in LIVE time.
My suspicion is that it is the cameras at the car park are dummies; they do not work, they were not recording at that particular time or the camera was switched off when the theft took place.
The hotel management did not bother to take my name, personal contacts, apologize or try to sort out the situation; instead they all backed out, one after the other, giving flimsy excuses.
I once again asked to see the head of security or a proper management staff and we were told that the situation was being sorted out and I would not see anyone until it was sorted.
I was asked by an acquaintance to call the CP of Lagos who asked me to report the issue to the nearest police station (which was Maroko Police station). I did and I’m yet to get feedback from the police.
Till now, none of the management staff from Oriental has tried to reach me and I hear this is not the first case of car theft in the hotel.
This is not in any way acceptable, as a hotel of such magnitude should be seen to keep guests and their personal property safe.
The car park, which has the company’s security men and police officers assigned to the different floors of the parking lot should be one of the safest places, if not THE safest place for guest’s parked cars.
Advertisement 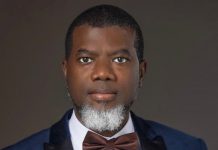