told us in the music industry that some songs can live for decades in our memories, even forever. Ebenezer Obey, Sunny Ade, Orlando Owoh, Sikiru Ayinde Barrister, are few of the artists to have produced songs people believe can reign in our memories forever. The current crop of artists have not impressed fans enough as a lot people belong to the school of thought that believes their reign is as long as the reign of their hit tracks, bearing in mind truly how they only reign for a little while, and soon enough they become invisible.

However, a few of the reigning artists in Nigeria have impressed over the years and they are thereby tipped to be the ones to produce evergreen songs for this generation.

Innocent Ujah Idibia was born in Jos, Plateau State, Nigeria. He is better known by his stage name 2Face Idibia. The talented artist is a singer-songwriter, actor and record producer. He was a member of the defunct R&B/hip hop group Plantashun Boyz. In 2006, his song “African Queen” was used in the soundtrack for the film Phat Girlz, which was released internationally.The Plantashun Boyz came together briefly in 2007 to record an album which they titled Plan B. He has won many awards and still remain one of the top artists in Africa. The great thing about him is that he has remained at the top ever since he got there. His ability to do well in different genres make us believe he could just be one of the sent ones to produce this generation’s evergreen music.

We have heard a lot of comments about P-Square since they broke into the Nigerian music scene which their success album after album has so far helped our conclusion that some people would just hate you for nothing. P-Square are a Nigerian R&B duo composed of identical twin brothers Peter and Paul Okoye. They produce and release their albums through Square Records. In December 2011, they were also signed to Akon’s Konvict Muzik label. In May 2012, they also signed a record distribution deal with Universal Music South Africa. They have won several awards, and ‘still like air they rise’ amidst criticisms and controversies. Fans still love their songs any day

and we believe like their fans that their songs may be part of the evergreen songs we’d play at old age.

ElDee (Lanre Dabiri) was born on May 23, 1977. He is a Nigerian American rapper, record producer and architect. “Lanre” is a diminutive for the Yoruba name “Olanrewaju” (meaning “My wealth is the future”). eLDee studied Architecture at the University of Lagos, Nigeria. He is an original member of the band Trybesmen, which was started in 1998 with rappers KB and Freestyle. He has been based in Atlanta, USA since 2002. He may not be the right choice for some people though, but his survival in an industry where new talents are discovered daily makes him worthy of our trust. He might have produced a song stuck in people’s memory yet, but time will tell if we judged him rightly.

Other names came up during our opinion sampling; 9ice, Banky W, and Sound Sultan also came up. Some fans who would have picked Lagbaja believe he doesn’t belong in these category. There may be songs you remember about these Nigerian artists that you think you’d always hum. Maybe they aren’t even the right ones you think we should have picked. Who are your top three? 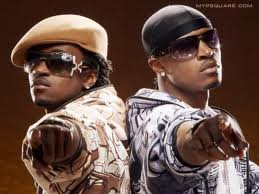