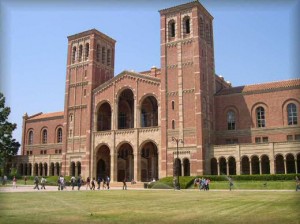 Obviously the Alqaeda is coming back to their business again as scents of their presence seem to be getting thicker these days.

A trio of universities were disrupted by violent threats although all three campuses were later determined to be safe, according to the schools.

University of Texas president William Powers, Jr., said today that the school was “extremely confident” that the campus was safe and free of explosive devices as of 1 p.m., following a bomb threat placed to the school around 8:30 a.m. this morning.

All three campuses have since been cleared. Officials said they do not yet know if the threats are related.

“There was always a question about the credibility of the threat. As you know there was a threat in North Dakota as well, so our evaluation continued, but we could not assure ourselves that this was not a credibile threat, so we thought the prudent thing to do was clear the buildings,” Powers said at a news conference today.

Around 8:30 a.m., the university received a phone call from someone with a Middle-Eastern accent who made an unspecific threat saying there were explosives in buildings on campus that would go off within 90 minutes to two hours, the university said. According to one message sent by the university to students, the man identified himself as part of Al Qaeda.

Law enforcement officials then swept each building on campus to ensure that it was clear of any threats, Powers said.

Powers appeared along with the mayor of Austin, Lee Leffingwell, and chief of campus police, Robert Dahlstrom.

“We are very confident from working with state officials, our officials, and federal officials, we can’t go into the details of why we know this, but we are extremely confident that the campus is safe,” Powers said.

Unfortunately, there have not been any arrests made but local police and FBI agents are still actively pursuing a suspect.