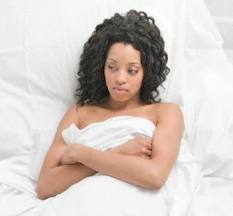 My name is Ayo. I am in my late 20’s. I have been married for 3 years. Okay let me start over again, I am writing this story because I want girls to read and learn from my experience.

I dated Alhaji for a while, not minding the fact that he has three wives. I was only interested in getting married, and it didn’t really matter who, as long as he had money, and I could be tagged a Lagos big girl. I eventually got married to alhaji, and he promised to buy me a house, car, and startup a business for me.
I got pregnant almost immediately and moved to one of his houses.

I thought alhaji would buy me a car immediately since I was carrying his baby but he always asked his driver to take me wherever I wanted. Is excuse was that he did not want me to drive around because of my condition.

I later mentioned it to him and he told me he was going to get it once I had my baby.
Three months after my baby was born, I raised the issue of starting my business and getting my car again, and he just waved it up.

After six months I couldn’t take it again because alhaji started giving me just 25k monthly for upkeep and I had to do something. So I called one of my ex-aristos and told him my predicament. He was kind enough to give me 500k I added 200k I had to it and started my business.

Alhaji asked me where I got the money from I told him it was my savings. After a while he gave me a 2-door golf car, and I was disappointed because his wives drives jeeps but alhaji would not hear of it, he said that’s what he had for me so I took it.

When the shame became too much I started sleeping with aristos again secretly and I am living better now. I went to my family to tell them I want tot leave alhaji, but they disagreed because they all opposed my marriage at first and they all insist I must continue.

I am already making plans I have to leave alhaji next year I can’t continue to suffer. I don’t care what you guys think or say about me, I just want ladies like me to read and learn from it that “All that glitters is not gold”.
I married him for MONEY but after marriage everything stopped. He became a new man. 3 years of marriage and nothing to show for it.