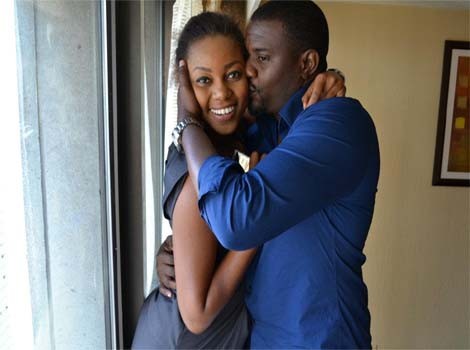 One of Ghana’s leading movie actors, John Dumelo, has disclosed that he will only enter the Big Brother reality show if Halle Berry and Rihanna were also housemates.
John Dumelo made this statement when he appeared on the ‘Hang Out’ segment on the ‘Cruise Control’ show on Hitz FM. According to him, there were various branches in entertainment and his specialty was acting, although he was versatile.

He explained that “sometimes it is difficult crossing to another area in the entertainment industry and I think I will fail miserably if I participate in the Big Brother Star game”. He further said the only reason that would make him join the Big Brother competition was Halle Berry and Rihanna taking part.

Asked who he kissed in a move and wished it was real and loved to continue, John disclosed that he was cool with every kiss in his movie but enjoyed the ones with Yvonne Nelson the most and this was because they got along well on and off set, adding that she was a close friend.