Sometime back, we reported the news that award winning pop singer, David “Davido” Adeleke was allegedly involved in an assault scandal involving a taxi driver and some girls in Lagos. You will also recall that his publicist, Valerie Obaeze, had claimed via an e-mail that the singer knew nothing about the incident.

However, in a recent turn of events, Hashiru Azeez, the employer of the taxi driver, whose name is Femi Ajibola, told CRIME DIGEST that Davido himself admitted that the taxi driver was assaulted by his cousins. 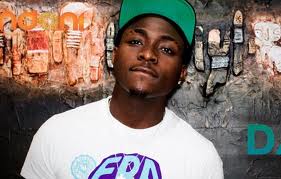 Azeez confirmed that he gave a Toyota Corolla to Ajibola on hire purchase.

“I gave it out to him on hire purchase. When Ajibola initially told me about this matter, I did not believe him. Later, I went to Beni’s Apartment in company with Sgt. Nuru Umar, who is the Investigating Police Officer, and we found out that he was right.

“We went to the DPO and he called Davido’s father after I took time to explain who the boy was,” Azeez said.

Immediately after the story was published, the young woman who was conveyed in the cab to see Davido allegedly threatened Ajibola at the taxi park where he operates.

“I got a call from Ajibola that Susan allgedly went to the park to threaten him. She said that if he was claiming that he lost N100,000 during the incident with Davido, she would pay the money. Then she asked if the cab driver had forgotten that she lost her cell-phone, which was valued at N175,000.

“She said that Ajibola would have to produce her phone because he was the one that took them to the hotel in his cab. She added that she would deal with him,” he said.

The car dealer said he had advised his employee to report the matter at the nearest police station.

However, since the case had initially been reported at the Bar Beach Police Station, Ajibola was directed to go and lodge his complaint there.

Azeez said, “Ajibola went to Maroko Police Station, but he was directed to the Bar Beach Police Station because he had already reported the case there.”

Azeez said that a petition had been written on his behalf to the Assistant Inspector-General of Police in charge of Zone 2 about the incident. He stated that somehow, the Adelekes got wind of this and contacted him for a meeting.

“A lawyer, Malachy Ukwamadu, wrote a petition on our behalf to the AIG Zone 2. We had written the petition even before the publication. Somehow, the Adeleke family got to know that we had written a petition and they got someone to ask me to come with Ajibola to the Bar Beach Police Station. They said they would bring Davido to the station. The boy had surrendered himself and the police were ready to prosecute him. It was hard to believe, but I was optimistic,” the car dealer said.

Azeez said he was advised not to honour the invitation by a policeman who warned that the case might be tilted to the advantage of Davido.

“The policeman warned that there was an ulterior motive behind the invitation. He said the moment that Ajibola stepped into the Bar Beach Police Station, the case would change and turn against him.

“This prompted us to invite a lawyer to go to the station instead of Ajibola. Ukwamadu was out of town. So, we invited Bar. Ademola Olamide. While we waited for them to bring Davido, the IPO told the lawyer that they wanted to negotiate.

“Olamide said that he thought they wanted to bring in Davido and why was it that it was the police that wanted to negotiate. Should they not be neutral?” Azeez said.

The lawyer insisted he would not talk to the police unless they brought Davido to the station. The IPO then phoned somebody who spoke with Olamide and agreed to meet him.

When meeting took place on Aug. 12, the lawyer informed Azeez that the picture painted by Davido was different from what he had learnt from the complainant.

Azeez said, “I was asked to come over to explain. Fortunately, we had our witness. While the counsel was disputing what we said, we called in the witness. He is a driver and he drove along with Ajibola; he had some guys in his vehicle and I learnt that those girls brought those guys.

“When we brought in our witness, they calmed down. Davido then said that he was not the one that assaulted Ajibola. He said that the guys we were claiming were his bodyguards were actually his cousins. He said that it was Bayo, one of his cousins, who beat up Ajibola.”

Suspecting a foul play somewhere, Azeez asked what business Bayo had with Susan since she was Davido’s girlfriend.

“We told him that from his conversation, Susan was his girlfriend and why would Bayo beat up Susan? At a point, they said that they would like to compensate Ajibola  and that they wanted to know how much Ajibola made in a day.

“They said that they would pay two weeks’ earnings. I was not there when they were discussing the money issue. I told my lawyer that there was no basis for compensation since he denied assaulting Ajibola. I said he should produce those who beat up Ajibola, that the police should do their job and we would know what step to take from there,” he said.

Azeez told CRIME DIGEST that Ajibola’s car keys had not been returned to him. He said that an agency that fights for the cause of the less privileged had contacted him and was ready to help out in the matter.

“The agency champions the cause of the less privileged and they are willing to assist us in seeking justice. Davido claims he was not the one that assaulted the driver; but how did he get hold of the car keys before handing it to his father and later, the DPO?

“Why would he take someone’s car keys and keep them? Up till now, nobody has confirmed if Davido has written any statement regarding this case. We still believe that he is above the law until he comes out to say his own part of the story. If at all we agree to negotiate with him, he should accept that he was wrong to have assaulted a man that is 16 years older than him and apologise for his behaviour. Then we will know what to do from there,” he said.

When CRIME DIGEST contacted Susan on the phone, a male voice answered the call, claiming it was a wrong number. However, Obaeze, Davido’s publicist, maintained that her client knew nothing about the incident.

In an e-mail to CRIME DIGEST, the publicist wrote, “Thanks for your enquiry and effort to get our own side of the story, but our previous statement (still) stands. Davido was neither aware of nor involved in any incident involving the assault of a taxi driver or the illegal seizure of his keys. He does not condone violence in any form and will not be commenting further on this matter.”

The Police Public Relations Officer, Zone 2 Police Command, Femi Balogun, confirmed that the case was being handled by his command. He said that the AIG had ordered that Davido should be brought before him with the Toyota Corolla used as taxi. He said they did not know where Davido is and he would be picked up once they have information on his whereabouts.