After speculations on the status of Randy Jackson as a judge on the popular American TV series, “American Idols”, it has been confirmed now that he will officially join Mariah Carey, Nicki Minaj and Keith Urban as judges on the 12th season of the show.

According to TMZ, the “Idol” producers had locked down Jackson after talks with Enrique Iglesias fizzled out. Mariah was the first to sign her deal, with Minaj and Urban signing on the dotted lines just in the last few days.

“Idol” host Ryan Seacrest tweeted a photo of himself with the judges (see below), writing, “It’s official, your new #IdolJudges are @MariahCarey, @NickiMinaj, @KeithUrban & @Yo_RandyJackson!” 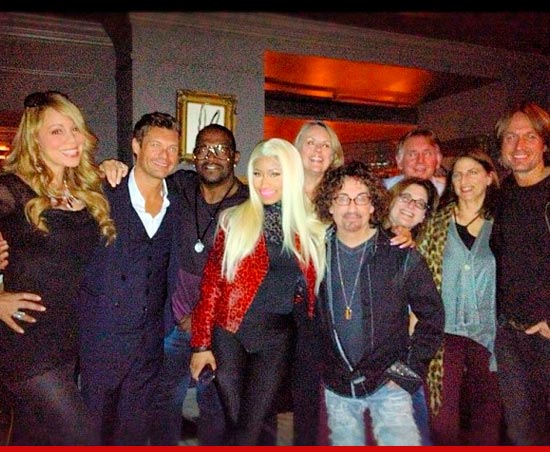