Kate and William have won a landmark legal case that prevents further publication of ‘highly intimate’ topless photographs of the Duchess of Cambridge.

I wasn’t expecting a contrary judgement so it doesn’t come as a surprise. What was the French magazine thinking anyways when they first published those topless pictures? 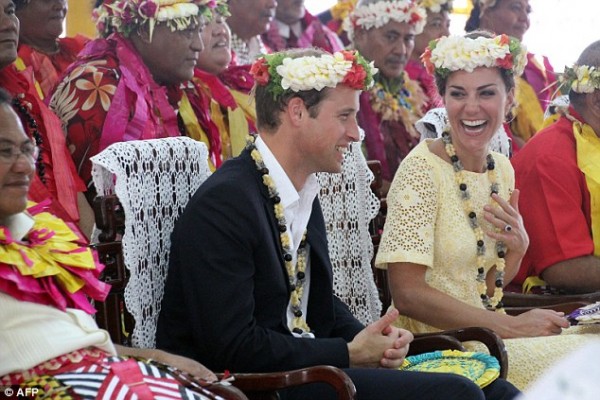 The Royal couple’s lawyers some few hours ago successfully secured an injunction from a French court preventing the images being spread across the globe by the owners of Closer – the first to publish the naked pictures.

It is a sensational victory for the Duke and Duchess with the judge today hitting the French magazine with a series of strict punishments for the breach of privacy.

The ruling in Paris this morning means:

At the start of the unprecedented court case in Paris, barrister Aurelien Hammelle evoked memories of Princess Diana’s ordeal at the hands of paparazzi as he said a photographer had violated Kate’s privacy, adding she is a ‘young woman, not an object’.

Tuesday’s court ruling only affects the French publisher. Italian magazine Chi published a 26-page spread of the images Monday. (Noteworthy is that former Italian Prime Minister Silvio Berlusconi owns the publishing house that released both publications.) The Irish Daily Star also published the topless photos. There also rumors that the photos have been sold to some American outlets, maybe even p0rn outlets.

Take a look again at those hefty fines above and tell if any other magazine would dare publish those topless images of the Duchess again. I so love this and I am at least happy that the couple who are currently on the island of Tuvalu (one of the most remotest parts on earth), as part of plans marking the Queen’s Diamond Jubilee, can now look forward to the rest of their activities in peace and with their privacy guaranteed.