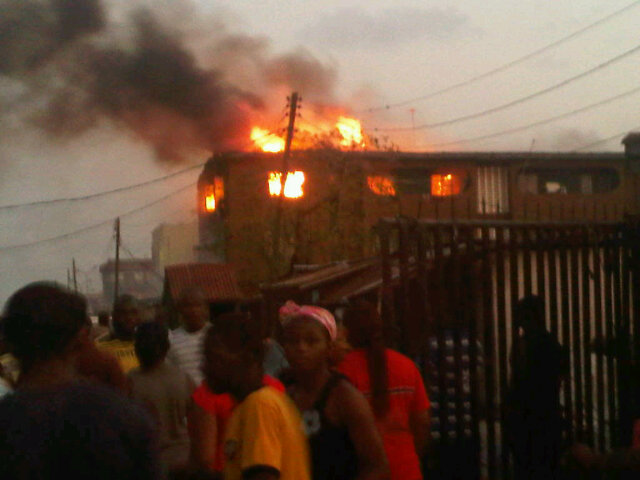 The ongoing rampage by members of the dreaded Islamic sect, Boko Haram, continued on Friday in Damaturu, Yobe State, as the terrorist group set the residence of the mother of the First Lady of the state ablaze.

This came less than 24 hours after a similar treatment was visited to the communication masts of some telecoms companies in Damaturu, Bauchi, Maiduguri, Kano and Potiskum.

It was gathered that Governor Ibrahim Gaidam’s mother-in-law’s house was first attacked six months ago during which the occupants were robbed of their jewellery.
Police Commissioner Patrick Egbuniwe confirmed the incident. He told reporters that the gunmen stormed the house on Gashua Road and ordered all the occupants out before setting it ablaze.”We got a report that the house of the mother- in-law of Governor Ibrahim Gaidam was burnt down by unknown gunmen suspected to be members of the Boko Haram sect… everybody was asked to come of the house before they finally set it on fire. No life was lost,” he said.

Meanwhile, the Joint Task Force (JTF) has disclosed that four persons have been arrested in connection with the attacks on telecoms masts in Damaturu. The suspects were arrested along Gujba Road allegedly on their way to burning down more masts.

The JTF appealed to members of the public to give information on the activities of the sect.