Michael Stephens, popularly known as Ruggedman is a year older today. The rapper was born in Ijebu, Ogun State. He studied Political Science at the Lagos State University, but his love for music is unbridled and he has been showing it since 1989.

His current feud with Modenine is not the first we have witnessed. He’s had issues with other artists in the past. He claims modenine has 4 albums and has nothing to show for it. Modenine released ‘Talking to you’ but Ruggedman fired back with ‘banging’ then on his second studio album ‘The paradgim shift’ Modenine replies with deathblow. We are still waiting for Rugged man’s reply.

Today is not about his feuds or music. Today is about celebrating his birthday as he grows a year older today. We don’t know his age though, but Rugged looks 40. Don’t you think? 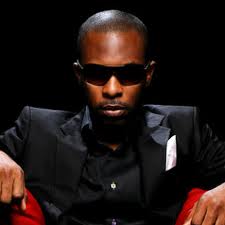